Mercedes-Benz Fashion Week wrapped up yesterday and has left us lusting over the latest designer looks for fall. Without a doubt, white is the new, unexpected “it” color for next season. While this light hue may seem like an unusual choice considering its contrast against the standard darker autumn shades of black, navy, olive, and plum, it definitely had a strong presence on the runway nevertheless. Derek Lam utilized black accents on his white pieces while Alexander Wang paired all white ensembles with black footwear. Rachel Zoe chose to mix stark white fabrics with cream knits. If you’re somewhat hesitant about pulling off the trend or wearing white after Labor Day, you could always try pairing a more subtle cream piece with statement items like a fur vest or a killer pair of black boots.

Style.com reported that the boho-chic store Anthropologie, owned by Urban Outfitters Inc., will be opening three new concept stores within the year.  The first of the three stores to open is an all-accessories boutique that will feature vintage handbags and jewelry, footwear, and engagement rings in Chevy Chase, MD, about 20 minutes from Washington, D.C on Oct 29.

Manhattan will be home of the second store the label will be opening later this year, called Leifsdottir, a Finnish company specializing in “modern, feminine, and effortlessly sophisticated designs,” according to the company’s website.  The third concept store opened by Anthropolgie will be a bridal boutique geared toward the bohemian bride, and is set to open “somewhere like Texas, Nashville, or Chicago,” Style.com says. 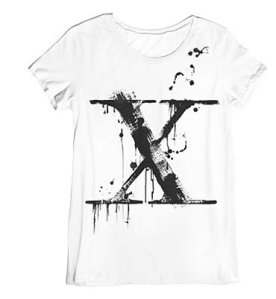 Style.com Turns Ten! The ever-famous Style.com, one of Vogue’s websites, has just turned the big 1-0. To celebrate the momentous occasion Style.com has asked ten designers to create a shirt using X, because we all know roman numerals look better than the actual number, as their inspiration. The designers include Lanvin, Alexander Wang, Givenchy, Balmain, Prada, Rodarte, Proenza Schouler, Rick Owens, Christopher Kane, and Calvin Klein.  The t-shirts are made of organic cotton by Loomstate. The $45 price tag might make you have second thoughts on buying the shirts, but just imagine owning a Prada shirt for that much, or Lanvin. Head over to www.style.com before they sell out, there are only 400 shirts made.