With Spring arriving it’s time to begin thinking about cooler outfits to accommodate the warmer weather. I personally love the look of distressed jeans paired with some heels or cute booties. It adds a little bit of sass to an otherwise very casual look. Below are a few looks to imitate in order to make your own “Distressed to Impress” look!

Come on! Try something new!

Posted by Emily in Accessories, FMDS, Must-Haves and Trends, Weekly Obsession on February 5, 2014

Want to add a little spice to your wardrobe? Try something new? Well what better way to do it than with a pair of knee high socks or a pair of funky printed pants!

Here are a few ideas of what outfits you can create with these items.

Here my friend Hannah has on a pair of loose fitting printed pants, paired with a black belt, a simple black t-shirt, and flats.  So trendy! And yet so simple!

Above I am wearing knee high socks paired a pair of black panty hoes, a tight long sleeved dress, a black cardigan, and a chunky black necklace, and black pointed flats.

Here’s another example of something you can do with knee high socks.

I paired the same black knee highs, black tights, and black cardigan but instead underneath I wore a black tight skirt and a loose tank top. For my shoes I chose black combat boots. And of course, I ALWAYS accessorize.

So give it a try! You really can’t go wrong!

We had a wonderful first meeting for FMDS, a lot of fashionable ladies came out to talk fashion. 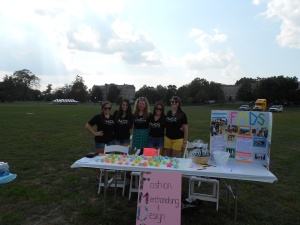 Friday was Virginia Tech’s Gobblerfest, a type of fair where all the organizations introduce themselves to students. We had an awesome turnout, and here are some pictures of our lovely ladies! For anyone who attends Virginia Tech, our first general body meeting will be Monday the 17th at 7pm at the Duck Pond!

Last week I attended the April market weekend at AmericasMart in Atlanta, Georgia with two other members of FMDS, Laura McCarthy and Caitlin Jones. We volunteered with the Fashion Office from Wednesday-Saturday. We also worked with four other fashion students from Auburn, University of Georgia, Florida State University, and University of Alabama.

Throughout the weekend, we helped two freelance fashion show coordinators go around the entire mart and pick out samples for the big Friday night fashion show for buyers. We tagged sample garments and recorded them on paper as well as taking pictures. When it came time to return everything we knew all that we had to do. We also helped change the models during the two daily shows and the big Friday show.

The racks of clothes for each model right before the big show!

Amazing 14 karat jewelry from Joey Showroom that we used in the show. Pieces of this jewelry were even used in Beyonce’s “Run The World” video.

An example of one of the pictures I took to record each garment.

The crowd before the big show!

A models outfit line-up for the big show!

AmericasMart as seen from the 9th floor!

All the racks ready and labeled back stage before we distributed all of the models clothing. 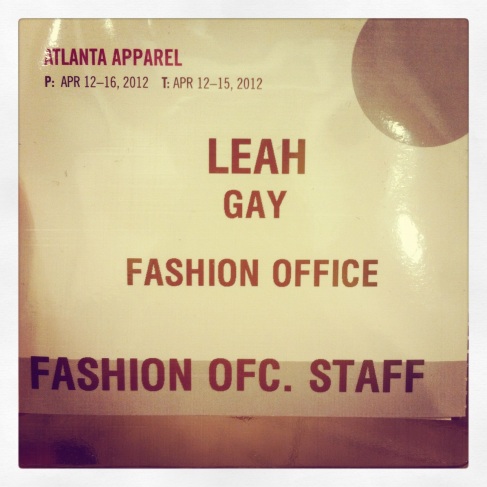 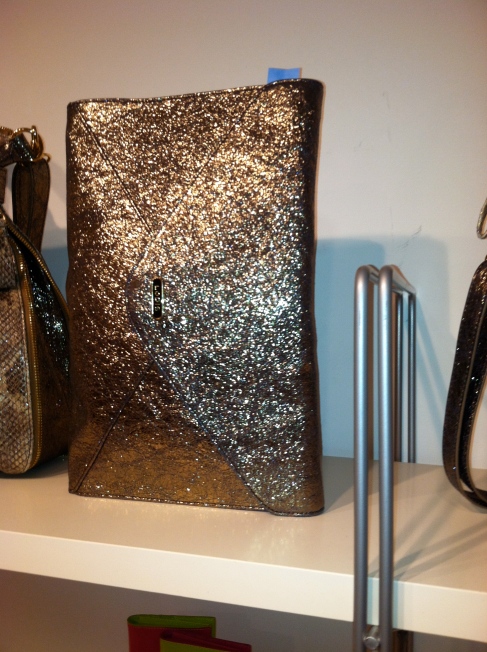 An amazing gold glitter bag we used in the show!

An example of a typical showroom. This one is Lilly Pulitzer.

The three of us goofing around in Harry Potter style glasses during a shopping break we got. 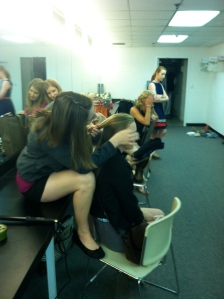 Sitting backstage waiting for the models to finish with a photoshoot.

One of the midday shows. 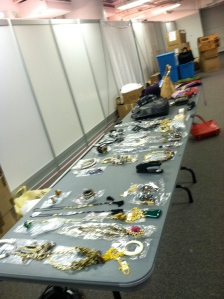 The accessory table that the models came to right before they went on the runway to finish their looks.

In preparation for Gala, we dug up some vintage photos from FMDS’s first years as an organization. As you may be able to tell by the oversized blouses and remarkably large hair, these are circa the 1980s. Clearly, there are some major differences from then and now — dues were only $10 — but it certainly seems like they had just as much fun!

Behind the Scenes: Iconic Elegance

The FMDS 2012 Fashion Show, “Iconic Elegance”, was a huge success! Everyone on the FMDS Exec Board worked extremely hard putting everything together. FMDS members, Virginia Tech apparel faculty, students, friends and family came out to support the talented designers and models. Awards were given out to designers based on garment construction and overall fit with the show’s theme. Congratulations to: 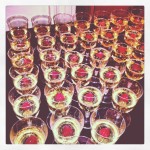 View more photos from the runway at